Home   /   Guest Blogger   /   Rebuilding away from the coast: Whose risk is really reduced? 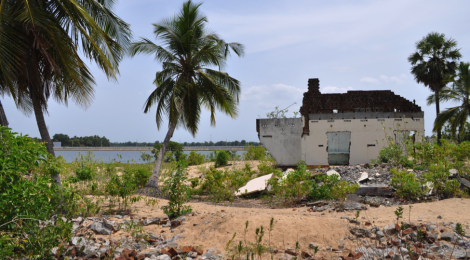 Rebuilding away from the coast: Whose risk is really reduced?

The Philippines faces a long road of recovery decisions that will affect the population’s risk for generations to come. One policy often considered in the aftermath of these events is retreat from the coast. The idea is simple enough. If populations are farther from the ocean, they are safe from flooding, waves, tsunamis, typhoons, hurricanes, and all manners of damage. But this is only easy in theory—resettling populations, especially coastal populations whose livelihoods depend on the water, raise a variety of challenges that we have seen in many disasters and development projects before. Sri Lanka, which implemented a Coastal Buffer Zone following the 2004 Indian Ocean Tsunami, reminds us of some of the challenges the Philippines could face, each of which can generate greater inequality and risk.

Challenge 1: Who and what must retreat from the coast?

A variety of activities take place in coastal areas. One of which is tourism. Sri Lanka’s Buffer Zone is different for permanent homes and tourist facilities. Partial year residences, defined as less than 6 months, are still allowed near the coast, sometimes nearly 10 meters from the water. In some popular tourist areas, hotel owners openly fought Buffer Zone policies, redefining how close their hotels, not homeowners, could be to the ocean. Hotels need beachfront views and it is reasoned, they have multiple stories that allow for vertical evacuation. 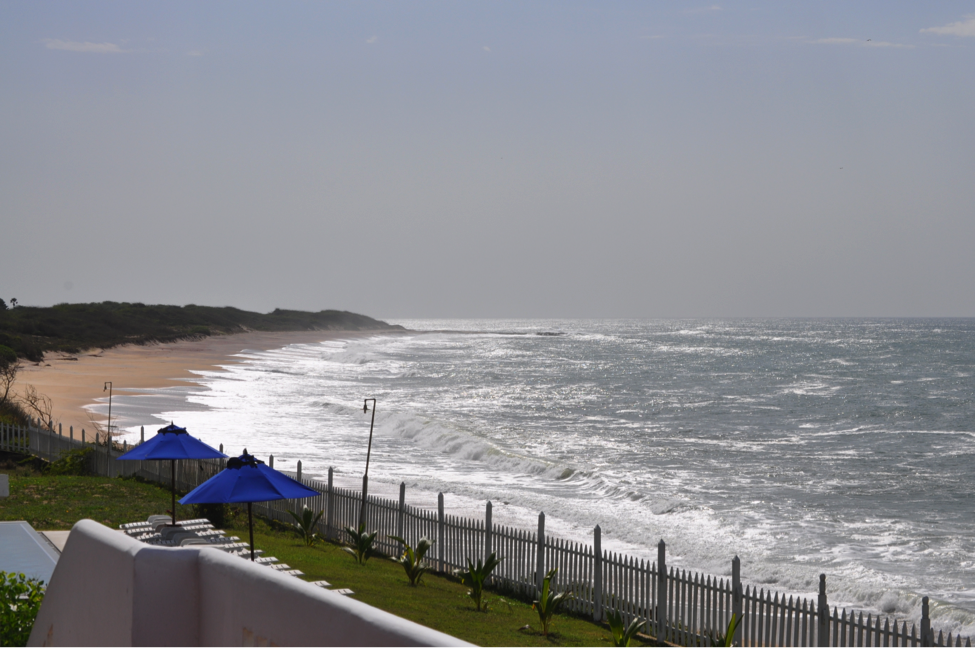 Empty, sandy beaches and beautiful views remain for the hotels, which could reconstruct near the coast, while fishers were forced to resettle (Photo credit: Michelle Meyer).

Of course, employees of these hotels died in their first floor quarters in 2004. It is vacationers on the upper floors who are safer. Wealthy tourist get to enjoy the water, take the risk, in higher, safer rooms. This policy in effect, if not in reasoning, opens the coast to tourism development. The result of the Buffer Zone is a beach free of permanent residents but open to hotels and vacation rentals. While not technically a land grab, the differential evaluation of risk benefits international corporations who can build multistory resorts on the pristine and, now empty, beaches. 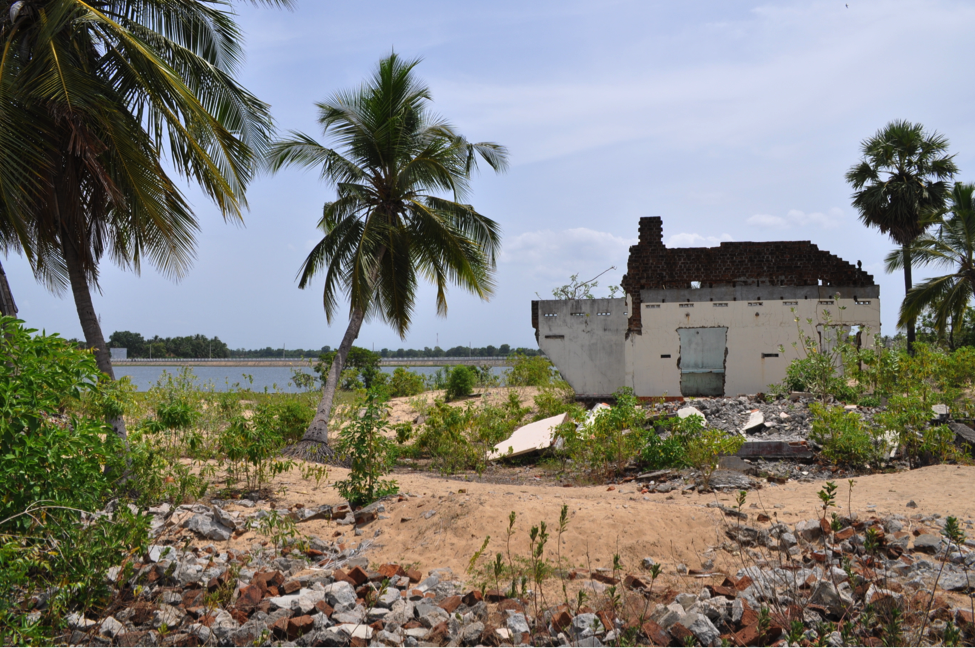 On the eastern coast of Sri Lanka nine years after the Tsunami, local officials hope that this beach area will repopulate with vacation rental homes since permanent residents were restricted from rebuilding (Photo credit: Shyanaka Dananjaya).

Challenge 2: Where do residents retreat to? 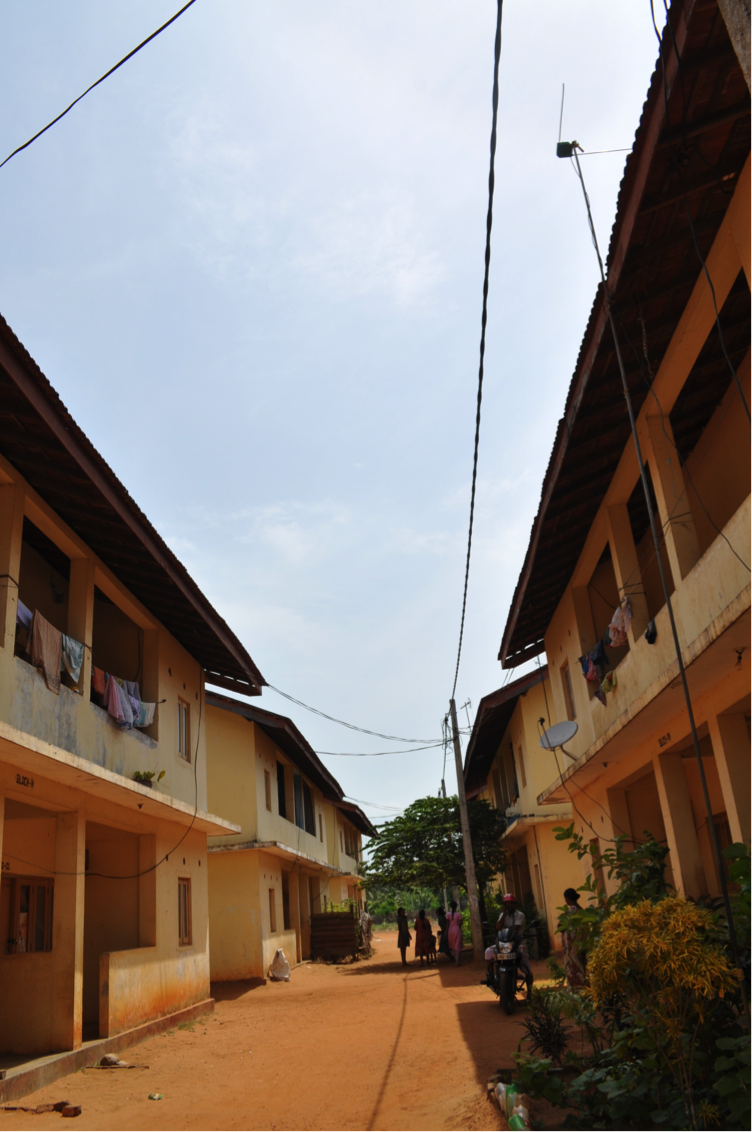 Tsunami resettlement community, built over 5 miles from the coast on an old landfill, it is the daily threat of crime and violence from locals that had the women of the community most desiring to move away. Over half of this settlement was empty in 2013; the other half contained residents too poor to move away. (Photo credit: Michelle Meyer)

If not allowed in the Buffer Zone, were do permanent residents go? Free or cheap, uninhabited housing or land away from the coast is needed and relocating a city of 200,000 like Tacloban, Philippines requires large swaths of property. In Sri Lanka, a patchwork of areas government-owned or donated from organizations (such as religious institutions) became resettlement sites where multi-story apartment style or duplex-style housing were constructed.

The buildings were donated by international organizations, built quickly while ignoring building codes, cultural standards, or resident needs (such as chimneys for cooking over open fire). Millions of dollars were spent on construction, that is often viewed as failures. Some buildings are crumbling in less than six years, many homes are abandoned, and most residents are hoping to move away as soon as
possible. 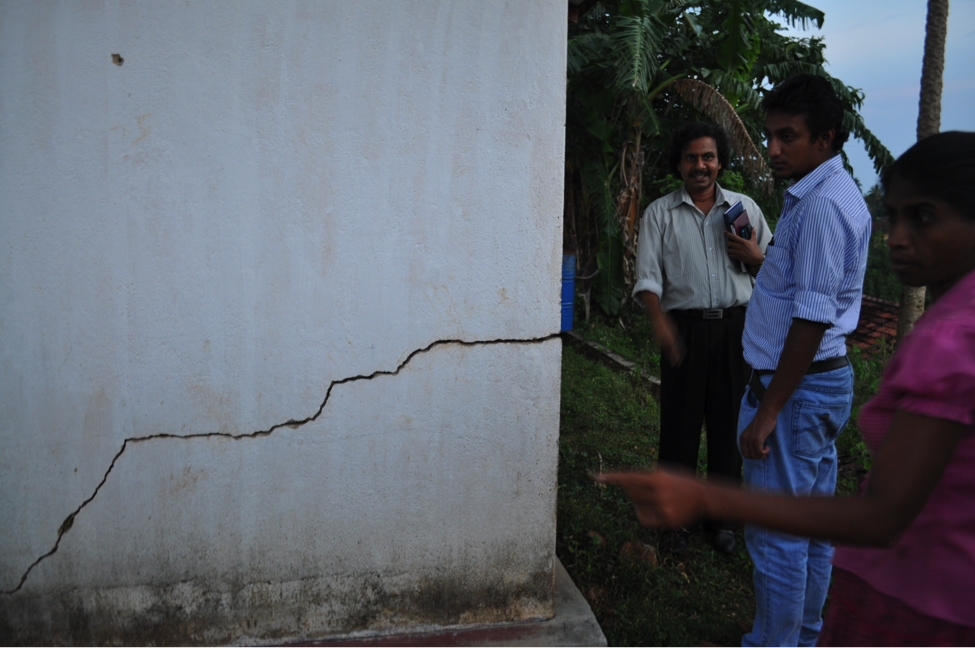 Challenge 3: What is the level of risk in resettlement areas?

Risk comes from more than just proximity to the ocean. Landslides, earthquakes, floods but also crime and violence are risks that need to be considered when restricting coastal development. Residents of two resettlement communities I visited in Sri Lanka expressed fear of crime – theft, assault, rape, and even murder – in their new communities. Especially for women, who remain at home while men work, are at risk of various forms of crime from locals and from others within the community. In one resettlement building constructed next to a highly impoverished community, the resettled families faced nightly attacks by locals attempting to take the new homes. While no longer worried about a tsunami, these resettled people now worried of daily victimization.

Challenge 4: What do people do once resettled?

Finally one of the most well-known, yet still ignored challenges is protecting livelihoods during resettlement and reducing the risk of poverty after restricting coastal development. Preventing populations dependent on the ocean for their livelihoods from being near to the water causes unemployment but often more devastatingly loss of cultural heritage and generational knowledge. In tsunami affected areas in Sri Lanka, the closest available land was a 45 minute taxi ride from the ocean. As one young mother explained, her husband left their new home at 3 AM to walk to the main road to catch a taxi, and would hopefully arrive to the coast by 5 AM before the fishing fleet had left. He often missed the boat, literally, and returned home losing a day’s pay. By removing them from the coast, they were falling further into poverty with each missed day.

These are only a few of the potential risks and inequalities that can development from a seemingly simple solution to save lives. Yes, disaster risk is increasing and coastal populations are growing. In less than a decade, we saw massive population movement from the 2004 Tsunami, 2005 Hurricane Katrina, and now in the Philippines. But the implications of not rebuilding on the coast must be balanced against the risks and challenges in resettlement, which many authors have described for decades (e.g., Cernea 1997), after each major coastal disaster (e.g., Badri et al. 2006; Levine et al. 2007), and are even incorporated in international legal standards (e.g., United Nations Guiding Principles for Internally Displaced Persons 1998). Drawing a line along the coast to reduce risk is not an easy answer and the challenge remains: if a new policy destroys livelihoods and generates unemployment, breaks family and cultural networks, opens opportunities for external development, creates crime and victimization, but saves lives from future large-scale, low probability events… what and whose risk is really reduced?

Michelle Annette Meyer, Ph.D., is an Assistant Research Scientist at the Hazard Reduction and Recovery Center at Texas A&M University. She completed her Ph.D. in Sociology at Colorado State University where her dissertation research focused on the role of social capital and collective efficacy in individual and community resilience and social vulnerability in hurricane-prone communities. She has worked on a variety of projects related to disasters and environmental sociology including comparing rural disaster recovery after a technological and a natural disaster; managing a project on hazard mitigation in US Atlantic and Gulf Coast jurisdictions; analyzing the inclusion of disability in US disaster plans; among many others. Her research has been funded by the National Science Foundation, National PERISHIP Dissertation Fellowship supporting hazards and disasters research, Midwest Sociological Society, and the Rural Sociological Society and she has presented her research in Germany, Spain, and across the U.S. She earned her Bachelor of Arts in Sociology from Murray State University in Murray, KY and her Master of Arts in Sociology from Colorado State. Her research and teaching interests include disaster resilience and mitigation, climate change displacement, environmental sociology and community sustainability, quantitative and qualitative research methods, and the interplay between environmental conditions and social vulnerability. She will be continuing this work at Louisiana State University where she begins as Assistant Professor of Sociology in the fall of 2014.

← Neighbourhood-based approaches to development, displacement, and disaster
Post-disaster repairs I: the case of damaged housing after earthquakes →