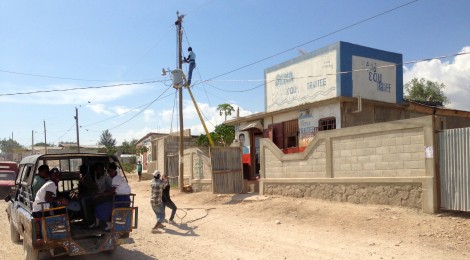 Who better to tell the story of what the international humanitarian community didn’t do after the 2010 earthquake in Haiti than the Haitian government? The stories of people and institutions who inevitably did (or tried to do) their own thing are being loosely assembled under the term ‘self-recovery’. At the World Urban Forum, our panel tried to unpick these narratives in Haiti, as they have played out before and since the 2010 earthquake.

Rather than focusing on the actions of individuals in response to natural disaster, we been thinking about self-recovery in structural terms and as occurring at different scales. To define “structural” influences on self-recovery, we borrowed the term “structural violence”, popularized by Paul Farmer and public health discourse:

The term “structural violence” is one way of describing social arrangements that put individuals and populations in harm’s way. The arrangements are structural because they are embedded in the political and economic organization of our social world; they are violent because they cause injury to people (typically, not those responsible for perpetuating such inequalities) (Farmer et al., 2006).

This suggests that those that are most affected by the earthquake were also those with the least agency to influence the international and local structures that created the uneven landscape of destruction. What does “recovery” then mean in such a context? It balances uncomfortably between relief and reconstruction, where “relief” often addresses only the symptoms of structural violence on the one hand (e.g. emergency water and food rations), and “reconstruction” which might aim to restructure the economic, political and social environment that caused pre-earthquake vulnerabilities (e.g. policy reform). This raises the question of how “self-recovery” can address immediate needs (the symptoms) while also reforming unjust structures.

This definition of self-recovery suggests we understand how these structures interact at different scales: the household, the neighbourhood, and the city (and even national and international scales, which is beyond the scope of this discussion!). How do households recover? How do communities and neighbourhoods function to support local economic or infrastructure recovery? 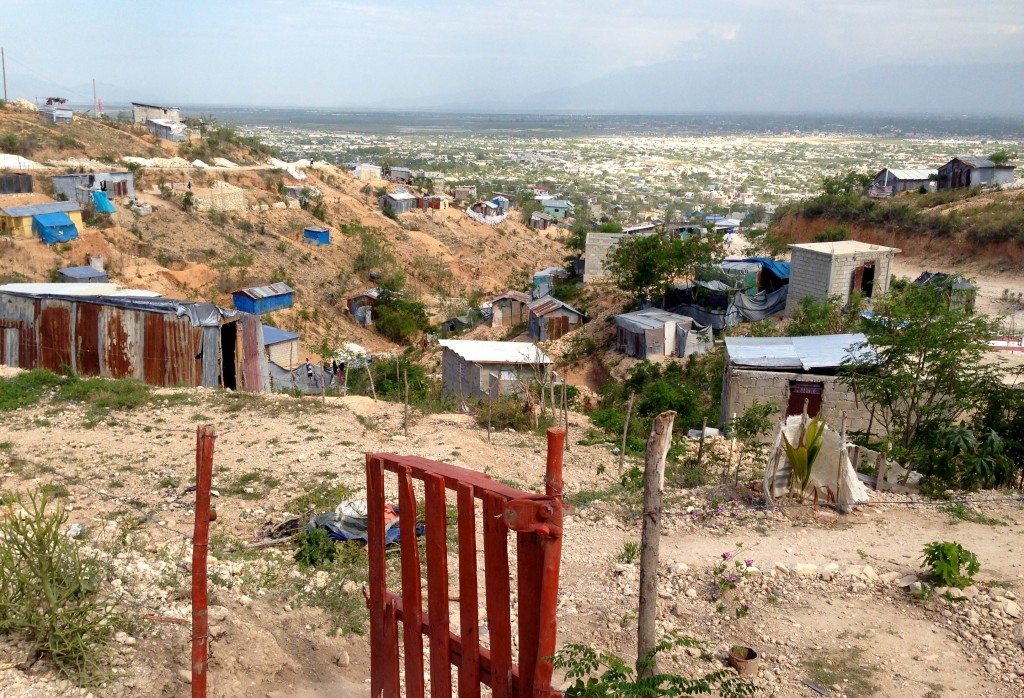 Self-recovery and the city

Least understood is the city scale: how do metropolitan-scale decisions affect how households recover? Who are the powerful actors? To begin to answer this, we were happy to host Rose-May Guignard and Odnell David of the Haitian government; they presented their agencies’ work that aims to reform structures and policies at this city scale to support communities bypassed by assistance after the earthquake.

Rose-May Guignard, a senior urban planner from the Inter-ministerial Committee for Territorial Development (CIAT), presented the case of Morne-a-Tuf. This mixed-use, mixed-income neighbourhood in downtown Port-au-Prince had ‘densified’ prior to the earthquake with 6-7 storey buildings but had also experienced some ‘abandonment’. Morne-a-Tuf was selected in 2013 (after 2 year analytical planning study) on the basis of both its:

Enabling recovery at Morne-a-Tuf has been about developing a ‘bankable’ plan – a scheme that will attract investment in infrastructure with financing that the existing inhabitants can afford to pay back.

Odnell David, the Housing Director and engineer at the Unit for Construction of Housing and Administrative Buildings (UCLBP), presented the case of Canaan, a previously undeveloped swathe of land that was successively occupied and spontaneously developed as the recovery process played out. The scale and speed of investment – by some of the poorest Haitian households – as well as the level of spontaneous organisation at settlement level prompted the government to intervene and work with this new community to enable healthy (rather than prevent more) urbanisation. This has involved:

Each presentation exposed dimensions of urban recovery. What does individual or neighbourhood recovery mean for the city-scale as a whole? What are the key political moments and gestures that enable or catalyse recovery processes? When and how does localised action meet a governing tendency to plan and control? How can individual initiatives and strategic spatial planning develop a shared imagination and vision for urban recovery?

The elephant in the room, of course, was the apparent invisibility and irrelevance of international humanitarian aid in these stories. Without either over-inflating the importance of the international intervention or letting the donors and responders off the hook, it is worth recognising that early decisions about where post-disaster funds were placed (resources flowing into camps for the displaced or imported timber shelters) were not simply relieving symptoms but had structural interactions and influences with household decisions to move, wait or build, as well as institutional/organisational decisions to invest or consolidate influence and interests. Was the growth of Canaan foreseen or foreseeable? Do we understand well enough how early decisions are made by international actors in what is often the blind, uncertain aftermath of disaster; what the consequences of early decisions are for the longer-run change of the city; or why these decisions might embed injustices or become harder and harder to adapt even as the day to day situation changes?

On this last question, Rose-May Guignard responded vociferously: as planners, we just did not have a strong enough narrative after the earthquake, one that would convince those making early decisions that we had to respond to the needs of the city.