Home   /   Guest Blogger   /   Post-Disaster Rubble Removal Strategies: Having the Elbow-Room to be Resilient 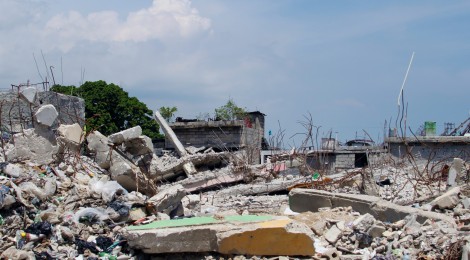 Post-Disaster Rubble Removal Strategies: Having the Elbow-Room to be Resilient

One of the major features of almost all disasters occurring in urban areas, is the large amount of rubble created, and the blockages which the rubble creates, to reconstruction and recovery of the city. Despite growing attention to the problem there has been scant discussion of how to develop strategic solutions (or suites of solutions) for rubble removal; removing barriers to recovery and reconstruction while benefitting the maximum number of disaster-affected families.

IMAGE SOURCE: Google Earth | By Gene Thorp – The Washington Post – March 07, 2010
This initial estimate of 78 million cubic yards was later revised to 10-15 million by the Haitian Ministry of Public Works. The height of the debris pile could therefore be reduced to 100-150ft, still an incredibly large volume!

This blog will not discuss the health risks posed by elements within rubble, or the environmental problem of where to dispose of all the rubble as these have been discussed elsewhere.  Instead, I want to highlight the role – negative or positive – which the strategy for the actual extraction of the rubble from the street level can play in recovery, and in the expression of ‘resilience’ – bottom up, from the individual household, to the neighbourhood, and ultimately to the wider urban scale.

To start with ‘how not to do it’ I’d like to give several examples – all of which have happened in the field.  These are not strategic, do not lead necessarily to any wider systematic positive effects for a wider group of people, and tend to a pattern of geographic randomisation, or benefiting only better-off neighbourhoods:

Removing first the rubble in the neighbourhoods patronised by local civil society groups with pre-existing relationships with international NGOs.

Removing first the rubble from sites which have become high-profile media symbols of the problems of relief and recovery, whilst those sites do not actually contain a high percentage of the population in need.

Providing scatter-shot support to rubble-removal done by individual families or small groups, one a first-come-first-served basis, resulting in lots of little pockets of rubble-free plots, and no one street which is cleared in its entirety.

Instead, to ensure that the scarce resources of energy and time are deployed to give the most help to the most people, I suggest the following principles for prioritizing which people, neighbourhoods, streets or areas get chosen first – and why.

Clear the rubble first from:

Don’t clear the rubble first from hazardous areas, as this will just encourage people to re-occupy those areas, before any other support can be given. 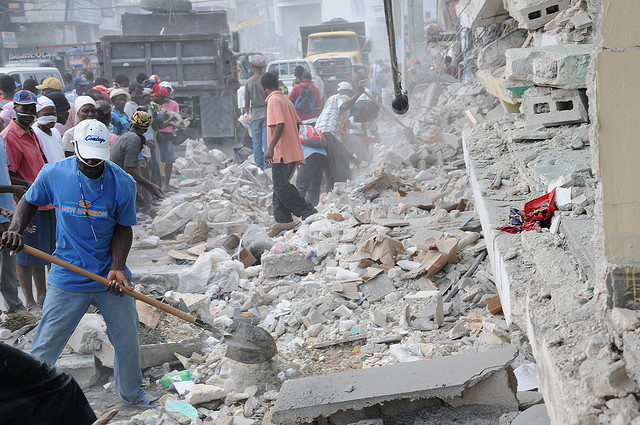 Needless to say, it shouldn’t be a question of just choosing one prioritizing principle – ideally, the methodologies, and selection of sites, might achieve multiple principles at the same time. Nor should it be the case that the same one principle will trump all others in all future disaster responses: there will be very good arguments to be made for choosing different principles (or a different sub-set of principles) each time.

I’m sure that there are more principles to be added to this list – and it would be great to hear more suggestions.  I’d just like to move the discussion beyond stating that “post-disaster rubble-removal is important” and “post-disaster neighbourhoods approaches are important” without ever trying to substantially link the two. 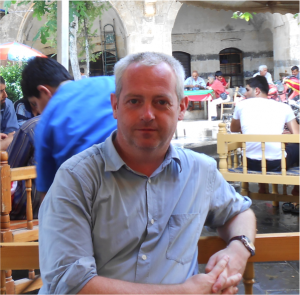 Jim Kennedy has a PhD from Delft University on the planning of refugee camps, and has nine years’ field experience in both post-disaster shelter and reconstruction and DRR programmes.

← Where did my $10 text donation go? Independent Funding
Collapsed factory is a sign of Bangladesh’s tremendous earthquake vulnerability →