Home   /   Victoria Maynard   /   A rose by any other name: the evolution of the ‘early recovery’ concept 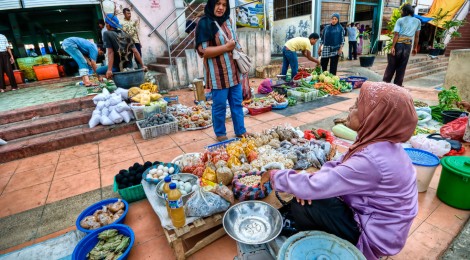 A rose by any other name: the evolution of the ‘early recovery’ concept

Since the introduction of the Humanitarian Cluster Approach in 2005 ‘early recovery’ has become part of the common vocabulary of humanitarian action.  But where does this term come from and what does it mean?

The links between disasters and development have probably been debated for as long as the terms have existed but I’d like to begin in the 1980s and 1990s.  Linking Relief, Rehabilitation and Development (LRRD) received significant interest in these two decades as the humanitarian community recognised that disasters were increasingly man-made while resources were insufficient to meet humanitarian needs.  This prompted interest in reducing the underlying vulnerabilities which cause ‘hazards’ to become ‘disasters’ in both developmental and disaster-response programmes. 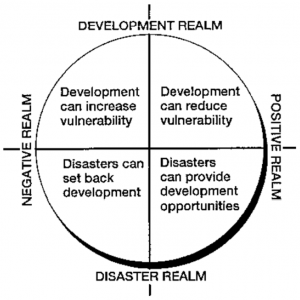 In the 1980s several organisations participated in the International Relief/Development Project which culminated in the publication of Rising from the Ashes: Development Strategies in Times of Disaster.  The early 1990s saw humanitarian organisations adopting certain developmental approaches, while several organisations more concerned with development became involved in rehabilitation and reconstruction.  In 1992 the UN established the UN Department of Humanitarian Affairs (UNDHA) with the ‘explicit objective of linking relief with development’ (Lindahl, 1996).  The UN conceptualised disaster response as a continuum – with recovery following a standard pattern from relief, through rehabilitation to development and specialised agencies responsible for coordinating each stage.  However, it soon became clear that contiguum might better describe the simultaneous co-existence of the different phases of response in reality.

Several ‘developmental’ principles such as ‘strive to reduce future vulnerabilities to disaster’ were incorporated in The Code of Conduct for The International RCRC and NGOs in Disaster Relief in 1994.  The IFRC later introduced the term developmental relief to describe this approach which was subsequently adopted by many NGOs.  Working with state and civil society partners UNDP piloted a transition recovery approach in response to the Gujarat earthquake in 2001; describing transition recovery as ‘a development activity, which grasps the opportunities offered by crises to make the transition from unsustainable to sustainable development’.

The reform of the humanitarian system in 2005 led to the formation of the Cluster Working Group on Early Recovery (led by UNDP) and several documents were produced in order to define the early recovery concept and the role of the early recovery cluster within the wider humanitarian system.  While there have been subtle changes, since 2005 early recovery has been consistently defined as ‘a multi-dimensional process, guided by development principles’… ‘that begins early in a humanitarian setting’.  In other words this is the adoption of a Linking Relief, Rehabilitation and Development, Developmental Relief, or Transition Recovery approach. 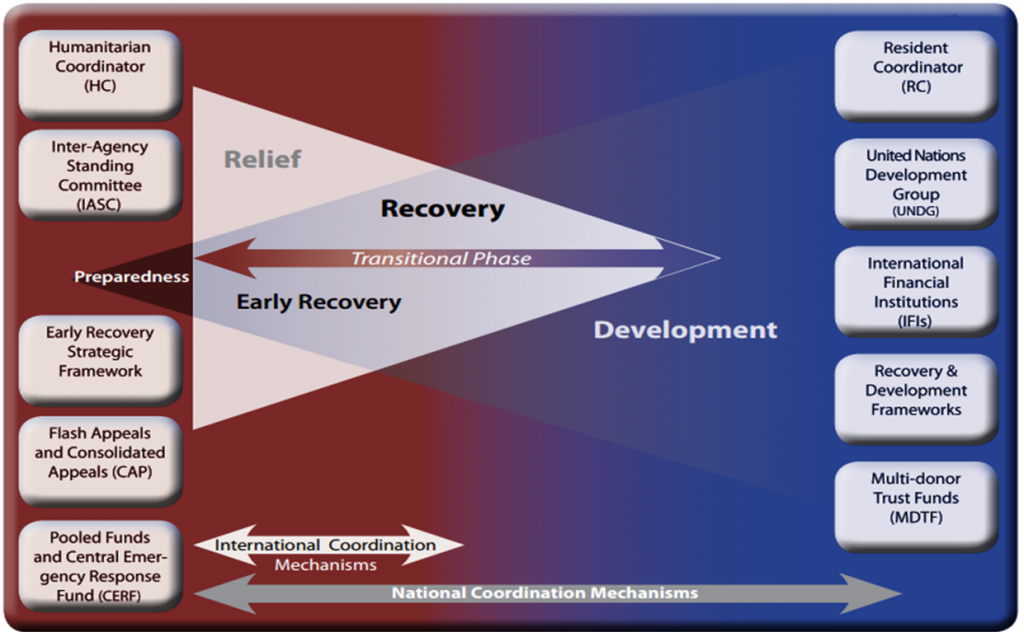 If early recovery is not a new concept but the latest iteration of the Linking Relief, Rehabilitation and Development debate then the challenges lie not in greater conceptual clarity but the messy reality of implementing developmental approaches within humanitarian response.  Key tensions highlighted throughout the literature include: balancing the humanitarian imperative to meet immediate (life-saving) needs while building long-term capacity; providing ‘impartial’ humanitarian assistance or engaging in transformative (and hence political) developmental interventions; and the fractured nature of relief, recovery and reconstruction funding.

These challenges have remained constant despite changing conceptual definitions over more than two decades.  Thus it seems that what is needed is not greater conceptual clarity over terminology but a more sophisticated understanding of the humanitarian system and how it could more effectively meet both humanitarian and developmental needs.

This post draws heavily on two literature reviews – Lindahl, 1996 and Buchanan-Smith and Fabbri, 2005 – and it was also the subject of my Masters dissertation in 2010.  Given the historical nature of this post I can only apologise for any misinterpretations or omissions but I would be very happy to receive further comments in order to improve it.

← Rekanpe tet’w: Voices from Haiti on recovery
From outputs to outcomes after the Indian Ocean Tsunami →