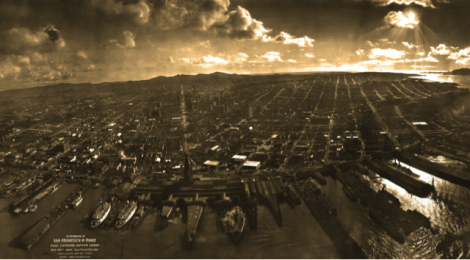 I was recently reading through some of the articles in The Guardian’s Resilient Cities series. One of the articles that struck my interest describes a recent partnership between Rotterdam and Ho Chi Minh City centered on “resiliency planning.” Specifically, Rotterdam is advising Ho Chi Minh City on adapting to changing risk due to climate change (increasing hazard) and urbanization (increasing exposure). In fact the learning is going both ways, and the article explains how Rotterdam as well is learning from its Vietnamese partner’s “natural” adaptation mechanisms, as opposed to “infrastructural” adaptation.

I’ve been back in Port-au-Prince, Haiti for a week now, and this article naturally got me thinking about the feasibility of a city-to-city partnership for earthquake resilience. I’m based in San Francisco, a city that was completely destroyed in the 1906 earthquake, damaged in the 1989 Loma Prieta earthquake, and currently awaiting the “big one” which will put to test the many measures it has taken in the past decades (still insufficient in my view), to protect against earthquakes. The more I think about it, the more I believe a Port-au-Prince/ San Francisco partnership (or Port-au-Prince / Christchurch, Port-au-Prince / Kobe, or many other combinations) would be potentially extremely fruitful.

I am specifically interested in city-to-city exchanges, as opposed to nation-to-nation, or university-to-university. These others are important and have often been very successful. But the post disaster reconstruction of Port-au-Prince—and if I may be optimistic—its increased resiliency (through reformative recovery) will require strong leadership at the municipal (city) level. Building codes are often developed at the national or state level (this is the case in Haiti and the US for instance), but are enforced by city officials (also the case in Haiti and the US). The city manages new construction permits, roads and infrastructure planning etc. Hence “resiliency planning” is fundamentally implemented by cities (if at all). This is why such city-to-city partnership would be potentially so valuable.

It should be noted that the metropolitan “Port-au-Prince” is comprised of a collection of municipalities (Port-au-Prince, Carrefour, Cité Soleil, Croix-des-Bouquets, Delmas, Kenscoff, Pétion-Ville and Tabarre). So the municipal governance and resiliency planning of this seamless urban extent is very complex. But so here again, the parallels with the San Francisco “Bay Area” (comprised of several cities) reinforce the idea of a partnership for resilience.

Coincidentally, a couple of days ago the mayors of San Francisco, Oakland, Berkeley and Alameda met for a two-day “agenda-setting workshop” to discuss there collective resilience and how to improve it (as they are among the first 33 cities chosen as part of the Rockefeller Foundation’s Resilient Cities challenge). Perhaps the newly appointed “chief resilience officers” of these four Bay Area cities will be interested in serving a further role: starting a dialogue with Port-au-Prince.

← Post-disaster repairs II: the case of repurposing ex-industrial landscapes in the UK
Resilient Urbanism at the World Urban Forum in Medellin →