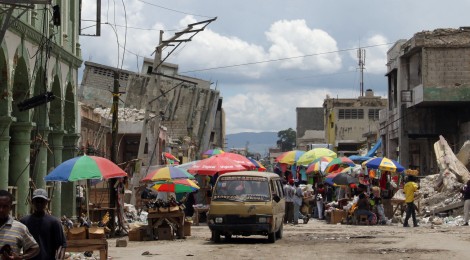 What do we mean by recovery?

In my masters dissertation I investigated the relationship between the shelter assistance provided after disasters and the recovery of affected communities.  While my research identified many principles and components of recovery programmes I found less discussion of the intended goals or outcomes of recovery processes and this is a topic I wanted to return to at the beginning of my PhD.

I was hoping that academia would provide me with the answers but unfortunately even academics have concluded that “no consensus deﬁnition exists on what ‘recovery’ means, how it should be measured, or what constitutes ‘successful’ recovery” (Olshansky and Chang, 2009).  However, even at this initial stage I have found several interesting ideas on recovery which I presented at the Shelter Meeting in May 2013.

Firstly recovery is not a phase, followed by reconstruction, but a holistic process “through which those affected by disasters achieve desired levels of social well-being, quality of life, sense of place and belonging, and civic engagement” (Tierney & Oliver-Smith, 2012).  This of course begs the question – whose ‘desired levels’?  And how to know when these ‘desired levels’ have been reached?  The process is uncertain, conflict-laden, non-linear and iterative.  It is highly dependent on the pre-disaster social, political, economic, environmental and physical context; and on post-disaster decision-making and institutional capacity.

If recovery is a process then what is the intended outcome?  Recent thinking is that recovery should aim to achieve a ‘new normal’.  This is partly because ‘building back’ may rebuild the vulnerability which caused the disaster but also because it’s not possible to return to the pre-disaster situation: the disaster itself will have caused irreversible changes within the affected area and disaster recovery will take place within wider social, political and economic changes at various scales.  So it’s important to note that the ‘new normal’ might not be ‘better’ – it might just be adaptation to a new situation (Chang, 2010).

Another idea I found interesting, is that the larger the scale you choose to measure recovery at the more likely it is to appear successful.  For example a disaster affecting several households will hardly feature when measured in economic terms at district level.  The disaster will also be perceived differently by different groups within society and their views will change over time.  For the community affected it may be a one-off event, while service providers and experts will have had many such experiences.  Recovery processes may be viewed as slow while they are ongoing, but later successful if they were fair and transparent.

Ultimately, if “victims’ judgments concerning the adequacy of post-disaster recovery can be expected to differ from those of both service providers and experts…  Whose assessments are accepted as valid and given more weight, and whose are downplayed?” (Tierney & Oliver-Smith, 2012).

Chang (2010) Urban disaster recovery: a measurement framework and its application to the 1995 Kobe earthquake.